Of Viaducts and Other Things

In the absence of our esteamed Chairman on his extended trip to the very edge of the British Isles, lots of progress has been made on Pecking Mill and Prestleigh Viaducts.  The Pecking Mill carcass that was designed in QCad has now been expensively laser cut.  On Wednesday the track bed was removed from the connecting board and taken up into the Mendip foothills to be have the viaduct built onto it. 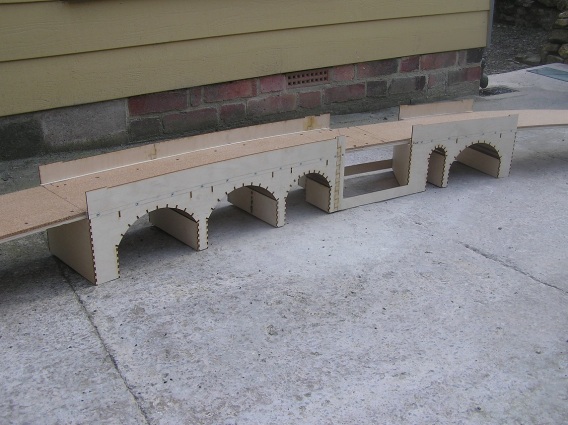 This side is the original viaduct with the two smaller arches – rather nice. 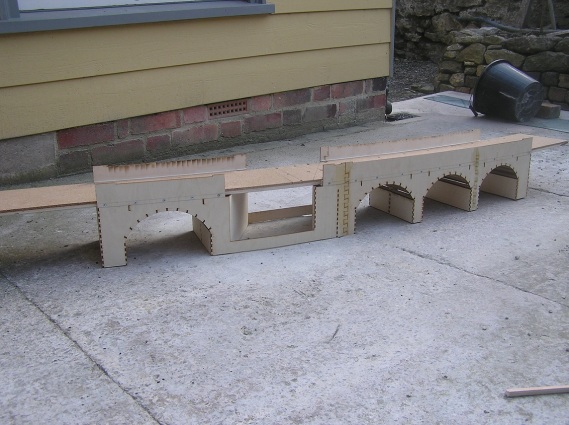 This is the more regular side that was built on when the line was doubled and that the public will see.  Streams run through the left arch and the centre arch on the right, the road goes through the middle.  The real thing of course is only on a very slight curve at the Evercreech New end so adjustments to the piers have been made to place the whole on an even curve. 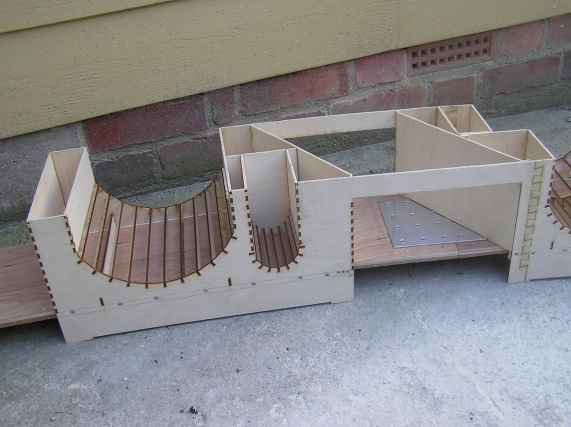 When the line was widened the original small arch was blocked to become a blind arch.  Also showing is the aluminium plate joining two sections of trackbed together that replaced a 9mm ply splicing plate – doh! 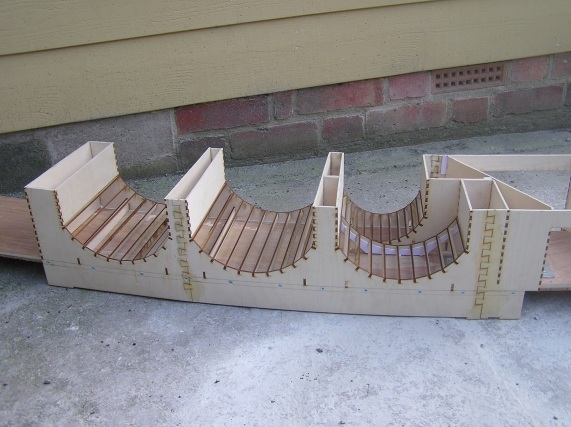 At the other end the two mismatched arches that resulted from the widening exercise.  Counter intuitively the original bridge was narrower than the extension. 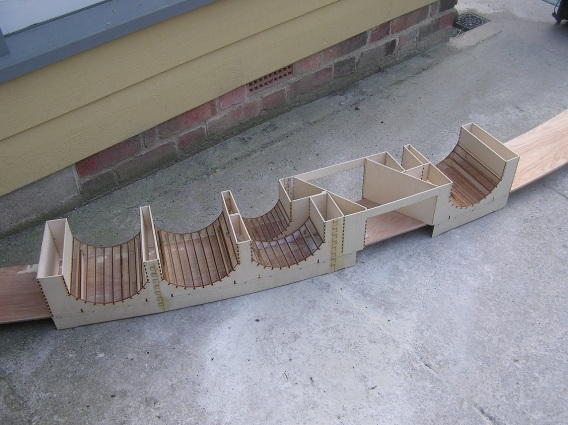 Amazingly for a one off everything fitted!  The next step is to apply the parapet wall inner lining and the piers/buttresses on the outside ready for cladding in a right old mixture of stone and blue brick. 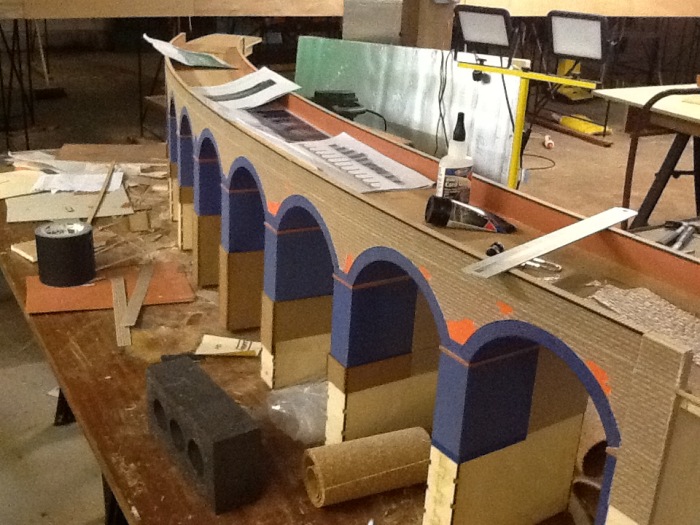 The cladding is well advanced on Prestleigh, although one mistake has crept in on the pier cladding, but nothing we can’t live with.  An attempt has been made to represent the red brick repairs that had been made to the north east face of the viaduct which will face the public on our model.  Both the blue and orange laser etched card will be toned down in due course.  This is actually the widened side (brick piers), but some poor quality stone.  In this context it is interesting to note that it was the ‘new’ side of Bath Road Viaduct that collapsed in 1946! 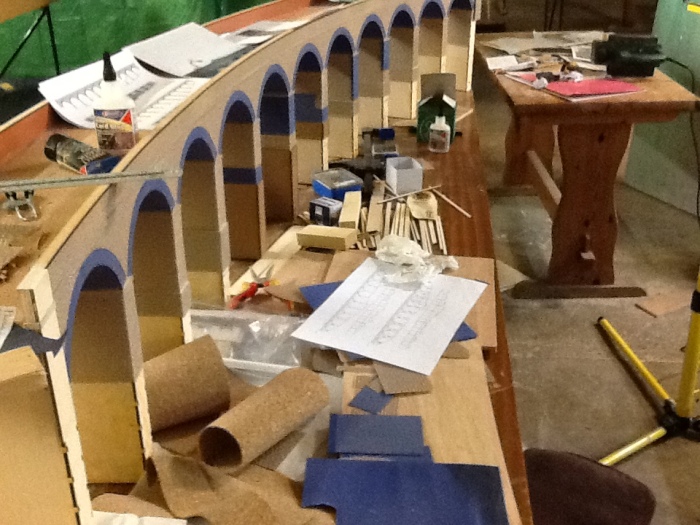 And the side (with the stone piers) that could be seen from the main road.  Experiments are now being made to work out how best to paint the card, plastic and MDF used to get the right effect including the heavy lime mortar staining. 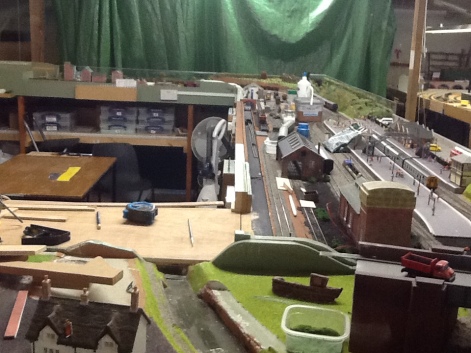 In other news Holly Junction is gaining a canal. 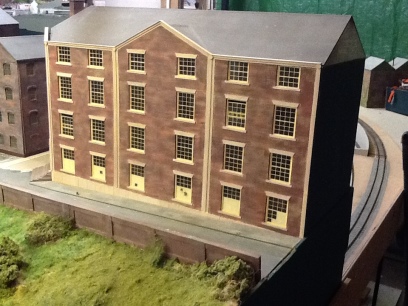 Refurbishment of South Junction continues in readiness for Open Day.

Heyno Junction is having cork applied, the N gauge layout gets ever longer with ever more track being laid, and ballast is being beautifully applied to Jim’s 0 gauge plank.